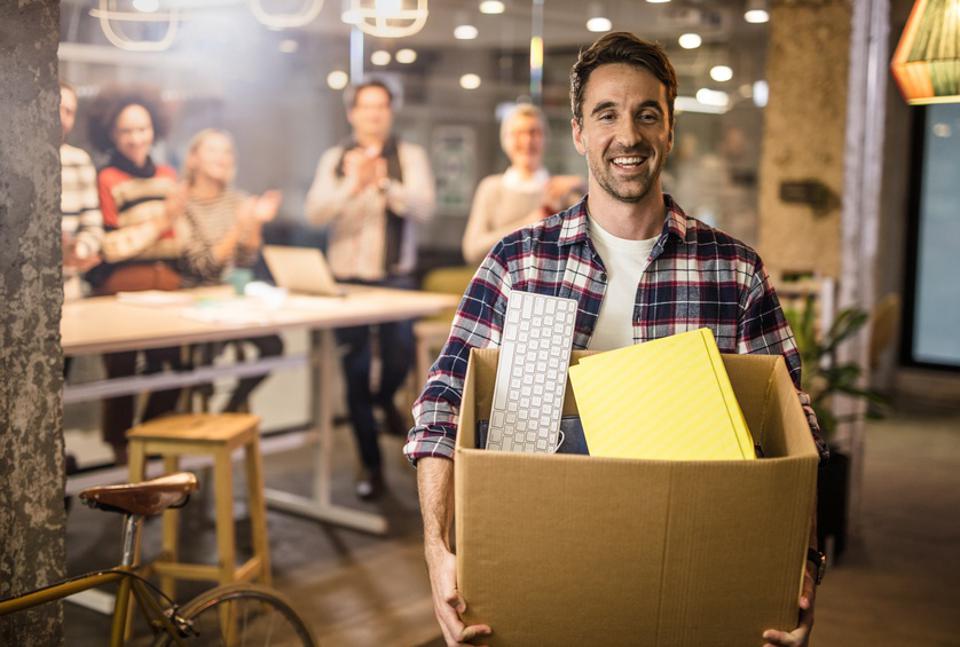 Workers Are Quitting Their Jobs In Record Numbers, As The U.S. Experiences A Booming Job Market – By Jack Kelly

I was highly skeptical of the Texas A&M Universityprofessor Anthony Klotz’s prognostication that “the great resignation is coming.” Klotz contends, “When there’s uncertainty, people tend to stay put, so there are pent-up resignations that didn’t happen over the past year.” This should lead to a mass exodus of workers leaving their companies for greener pastures with better opportunities.

At first, it seemed a little too far-fetched that workers en masse would quit with or without new jobs already lined up. However, his assertion is proving true. American workers are quitting their jobs more than any other time in the past two decades.

The United States Department of Labor reports weekly and monthly data on unemployment. A lesser known indicator is the Job Openings and Labor Turnover Survey, referred to as JOLTS by economists. CNBCpointed out that the most recent JOLTS report shows“job openings in April soared to a record 9.3 million, as the economy rapidly recovered from its pandemic depths.”

It’s hard for many to comprehend the amazing resurgence in job openings. A year ago at this time, the U.S. was in a terrible place. Millions of people lost their jobs.There was an overhang of dread and fear over the bleak future in front of us. Those who were employed sheltered in their jobs. They hunkered down, waiting out the outbreak.

Now, everythings changing. It’s moving fast too. The same sectors that were crushed during the pandemic—hotels, restaurants, bars, manufacturing, travel, concerts and sporting events—are now leading the charge in job openings.There are so many open jobs available that businesses have been raising wages, offering sign-on bonuses and other incentives to procure workers. Companies are offering flexible and remote-work options. Wall Street investment banks gave their staff Pelotonbikes, Apple products and sizable raises and bonuses to show their appreciation and retain personnel.MORE FOR YOUMetaverse Weekly: 60 Minutes Covers The Metaverse, Lancôme Uses Spatial Computing, PacSun On Roblox And More

Over the last few weeks, I’ve spoken to the CEOs and executives of leading job sites and recruiting platforms that represent a cross-section of both white, blue and grey-collar workers. The leadership at Monster, Snagajob, Adzuna, HireVue, Hiretual and LinkedIn have all unanimously told me that there is huge demand for workers and companies—and it’s highly challenging for companies to find people for their openings.https://buy.tinypass.com/checkout/template/cacheableShow?aid=Yj2fRrCPpu&templateId=OTXWKFJL53QM&templateVariantId=OTV1SHHEUNWT4&offerId=fakeOfferId&experienceId=EXJHZ12FBLVI&iframeId=offer_4576d6d7bacb2025e16e-0&displayMode=inline&pianoIdUrl=https%3A%2F%2Fauth.forbes.com%2Fid%2F&widget=template

There’s been a mood shift and change in the zeitgeist. We’ve learned firsthand how fragile life is. Many people have reexamined their lives. They realize they have a limited time here in this world. This has caused a bit of an existential moment. People have started thinking about what they’ve been doing and whether they want to continue on in the same job or career for the next five to 25 years. The results of this introspection clearly show that they want to make a move.

There are an array of personal reasons to make a move. Some simply refuse to schlep back and forth to an office, taking two-plus hours a day commuting into a crowded, dirty and crime-ridden city. Insurance and financial services giant Prudential conducted a study that found “one in three American workers would not want to work for an employer that required them to be onsite full time.” The survey also indicated, “A quarter of workers plan on looking for a new job when the threat of the pandemic decreases, signaling a looming ‘war for talent.’” Prudential vice chair Rob Falzon admitted, “If there’s one thing that keeps me up at night, it’s the talent flight risk.”

Seeing all sorts of opportunities, people have switched industries. Some have taken classes or attended online bootcamps to learn new trades or professions in fast-growing areas, like technology. There are still people concerned about the virus and have pulled themselves out of the job market. Working mothers felt the need to choose between work and childcare. This has been especially difficult for people who live in cities where the public schools stopped in-person learning and sent students home.

People dealt with overwhelming stress and anxiety during the outbreak. Mental health issues, feelings of burnout, depression and isolation were widespread. These people may have taken a break or sought out employers who provide an empathetic and caring environment.

This movement is exciting. By quitting a job, workers show that they are confident in the future. It also signifies that there are sufficient jobs available that if the move doesn’t work out, they could relatively easily find a new one. This was certainly not the case for most of the last year and a half.

Here’s one piece of advice though. Please don’t quit your job unless you have something else already lined up. It’s too risky. Without a job, you have less negotiating power. Without a current job, you  can’t leverage the possibility of a counteroffer to gain a higher salary. You could be out of work for three to six months or longer. When you interview, hiring managers will question your judgment. They’ll be concerned that you are too impulsive and may leave their company too over some minor trivial matter.